“Now we see indistinctly, as through a glass darkly; then we shall see face-to-face.  My knowledge is imperfect now…” 1Corinthians 13:12

I get these questions constantly: “How can I feel hope when all is divided?  Who’s right, who’s wrong?  I don’t know where to turn.”

And I am no Mount Olympus with answers!!  But after years of training and reflection based on faith, and Truth, especially in academic arenas, I’d like to propose some reactions to these questions.  Maybe this will help some of you caught in the web of confusion.  You should feel free to respond to me about them.

First, I believe the source of a lot of confusion is rooted in binary thinking which holds that opposites exist on an issue, and only one is the correct answer.  Right v. wrong.  Black v. white.  Life v. death. Rich v. poor.  You get the picture.  Only two choices and when we make a selection, we consider it Truth.  Yet, even our legal system, if ethically applied,  demonstrates there are nuances that challenge binary thinking.  For instance, it is illegal to deal in drugs on the street but a person who does so for food for the family, and doesn’t even take the drugs but only sells them, will still face the maximum sentence unless a merciful judge accounts for the extenuating circumstances.  Such a judge goes beyond binary thinking.  He or she sees the gray area between right and wrong where guilt is mollified by need.  Binary thinking is computer thinking: whatever you do to make your computer work needs to follow a pattern: press a key that leads to another that leads to another and so on.  No room for diversion.  We have sent rockets into orbit on binary thinking; we have managed air transportation and even medical research on binary thinking.  On your computer, you can press escape after nothing works and start all over again.  Because it’s linear, we, and the microchip within, know success is at the end of our effort; we will solve our problem moving from A to B to C and so on.  Completely linear and technical.  But when applied to the human condition binary thinking is deadly.  Binary thinking leaves out all the nuances of humanness, all the blur of why someone did something or why we failed at something.

Second, this brings me to the problem of positivism.  Now, before you tune me out, please read on.  A positivist says such and such is a fact and facts cannot be changed.  You are positive in your opinion on something and you do not allow any different opinion to sway you.  You believe that every statement of proof is incontrovertible, and you never allow nuances or differences into the argument. It is true that some facts may never change but some do when more discoveries are made.  For instance, Newton’s law of gravity had been incontrovertible until we discovered weightlessness in space.  Every scientist I know and respect says positivism is the killer of good science.  Good science may establish a fact that is true for the time being, but it may change says the scientist.  Replication, the further research into what is established, is the work of most science.

When we fall into binary thinking and/or positivism, we are usually nervous and unhappy.  We want life to remain as it is, or even to go back to what it was when choices were easy, facts as we knew them were to be re-enforced.  Remember Tevye in Fiddler on the Roof?  He would state his argument against change and then say, “On the other hand…” and then, relating another fact, his argument was weakened.  Tevye was moving away from binary thinking and positivism.  In the end, the changes he questions take over his life.

We cannot be held hostage by these two paradigms or ways of looking at life, especially our spiritual life.  Spirituality requires openness.  Prayer insists on a pure heart more than a sinless one.  Throughout the Christian Scriptures, Jesus confronts the teachers of the Law for their positivist thinking.  They could interpret the Law literally but could not interpret its deeper meaning or worse, find their own souls in the context of that Law.  Thus, the Law became judgmental and cruel as in the story of the woman about to be stoned to death for adultery.  One example of non-binary thinking and Jesus’s teaching is that of the Prodigal Son.  The elder son is positivist in his judgment; the father is not.  The elder son stands in our place so often while God stands in place of the father: merciful and loving, welcoming the lost.

The situation in our nation and in our Church is critically divided.  But let’s resolve to try and be healing agents.  To do so, we recognize that we are looking through the glass darkly; we cannot see or understand why certain things are happening to foster this division.  But we can come to greater clarity by being open minded, learning from non-divisive media outlets, reading informed writers, praying for courage to give up the security of both positivist and non-binary thinking.

I invite you to reflect on the whole of this section of Corinthians from which I took the above quote.  It is Paul’s chapter on Love.  He poetically and convincingly determines that only love can heal the divisions of life: “Now I will show you the way which surpasses all others.”  We can do this.  We can learn to be above the tightness and murkiness that darkens the glass of life we are looking through.  We can do this.  (1Corinthians 1-13)

One thought on ““Through a Glass Darkly.”  Seeing Hope Despite COVID ” 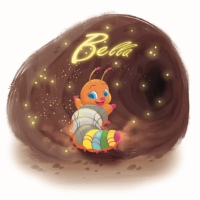 Mary Ann Flannery is a Sister of Charity of Cincinnati who has held teaching and administrative positions at several colleges. Before her community (Vincentian Sisters of Charity) merged with the Sisters of Charity, she served as community president and in other leadership roles. She has been a freelance journalist, the director of a Jesuit retreat house, and active in social justice issues for more than 30 years. She continues to offer retreats and spiritual direction.

Start a Blog at WordPress.com.

Creating Gems of Inspiration - All for the Glory of God

with the Sisters of St. Joseph of Carondelet, St. Louis